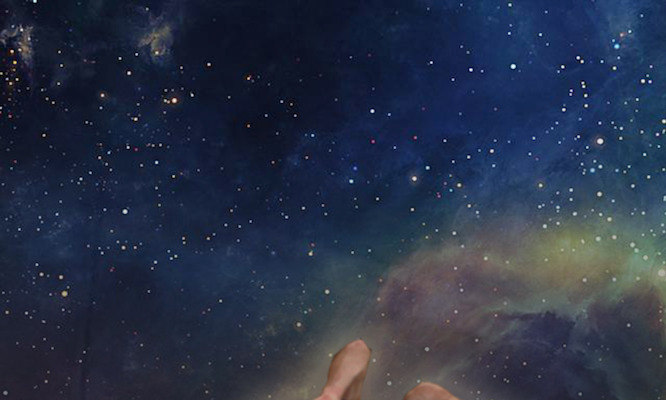 Lessons to Learn from Dancing

In the program for PACT Salon’s The Big Bounce, Curator Matt Cornell writes of the event as a moment in which one can ‘learn dancing, watch dancing, talk about dancing, and just do some dancing.’ He is very careful to include the suffix ‘ing’ to any mention of ‘dance’ so that with each lodging, the noun is transformed into a verb. Precisely, with much of dance the point of transformation occurs somewhere in the doing. And indeed in the shift from noun to verb, from stillness to motion, so that the learning, the watching and the talking co-exist in the moment that dance happens. In instigating so many different approaches to dance—a dance class, panel discussion, dance and DJ performances—The Big Bounce presented a multi-faceted program by which to consider ways in which the form might be useful within a restructuring of institutionalised artistic practice.

The events over the course of the evening were demonstrative of dance as a simultaneously occurring a-historical and diachronic phenomenon. Adam Warburton’s Our House, performed with Paulina Bocian and Sean Cheng, played upon an audience’s familiarity with the House Music genre to subvert those superficial physical and social circumstances required for the formulation of such a situation. Dancing to house music here became a way of re-calling 80s Chicago where the genre originates from. This in itself represented a means of re-negotiating the present through a collective understanding of the past, vis-a-vis memory stored in the body.

If Warburton’s work subverted a familiar social structure in which dance occurs, Angela Goh’s Predictable Dances recognise and reinforce the sanctity of dance by eliminating these structures altogether. Employing the services of a psychic, the resulting piece removes components extraneous to the dance itself. As such, her performance included a diverse and ever-changing soundtrack featuring Justin Bieber remixes and ocean sounds, the illumination of a separate work of art installed at PACT for the evening, Utopian Slippage by Salazar Quas, a small stone and a rogue audience member. Her movements connected these disparate elements in interesting and unexpected ways, by subtly subverting their spatial, functional and metaphorical relationships throughout the duration of the piece. As the simple fulfilment of a prophecy, her performance removed any social and critical networks from around the activity of dance itself, with the act seen here as containing the parameters of its own flexible context. Even at its most choreographed, it remained sensitive to elements outside of the artist’s, the audience’s and the venue’s control. It’s sensitivity to these alternate pathways of direction in real-time ensured that whatever occurred in Angela’s dance was simply meant to be.

Historically, Modern and Contemporary methods of museum display have uprooted objects from their original context by way of static display. Instead, the context is provided by the network of writing, reproduction and talking by historians, curators and museum professionals. This methodology supplants the object altogether for the information that modulates its public appearance. The problem with this mechanism is that it understatedly perpetuates the largely white, male, patriarchal and institutionally embedded system that circumscribes the production of culture. Within this system, art struggles to speak for itself. Accordingly, ‘art’ affects viewers structurally over time rather than in the overly romanticised moment of its appearance to an individual.

Dance on the other hand is comprised of its own context, is a language inherent to bodies the specific vocabulary of which is fluid, aware of its history and always evolving. Because dance simply implies a flexible way of being predicated upon fluid markers of physical and social context, it provides a more dynamic language than the rigid structures mediating our engagement with art. Regardless of time and place, dance provides its own context while remaining highly responsive to others.

That is not to say that dance remains outside of context. Dance too inevitably exists inside of a social framework. In order to access dance, most require a specific situation where there is music to dance to, where there are other people dancing, where it is darker than usual and where they can rely on the smudging effects of alcohol or drugs. It is ironic that the social framework which for many is the only way to access dance, also circumscribes dance itself. While socially transgressive, House Music supposes a set of coded behaviours which themselves run parallel to behavioural expectations in conventional space. These may range from respect for the sanctity of the personal space of others to the calm, disaffected aloofness that has become a universal signifier of ‘cool’ in Western culture. House Music anticipates a set of movements centred around the ‘jack,’ so that even in moments of ostensible corporeal liberation, a unique engagement with dance can be co-opted even on the level of gesture.

Vanessa Marian’s approach demonstrated an awareness of this dynamic. In her Groove Therapy dance class for people of all skill-levels, she equipped participants with the knowledge to subvert these social situations themselves. With practice, homogenous gestures can be subverted and evolved. The teaching of basic movements provided the tools with which to destabilise social structures where dance occurs. She and Adam Warburton remind us that dance is indeed a social practice, but one that can be subverted by dance itself. It is here that the space we make for dance collides with the space that dance makes for us.

An arts practice based around the principles of dance would signal the perpetuation of culture through continuous social practice as opposed to the isolated interpretation of objects. With less importance placed on interpretation regarding an individual’s engagement with art, one could envision an art form grounded in experience and social effect. This understanding of art and culture as an all-encompassing social practice is something that sits at the core of many indigenous cultures. It is no coincidence that these cultures are some of the most

resilient in the world, and remain so today despite centuries of damaging colonial practice. What spaces might we inhabit with a cultural practice informed by dance? And within this paradigm what function might a museum fulfil? Sezzo Snot’s DJ performance hinted at a paradigm shift to come. One which might privilege a deeper social impact and a greater cultural authenticity than institutionalised, visual art. Precisely, at the moment where dance occurred, interpretation became less interesting than the game of negotiating agency within the structures comprising the situation itself.