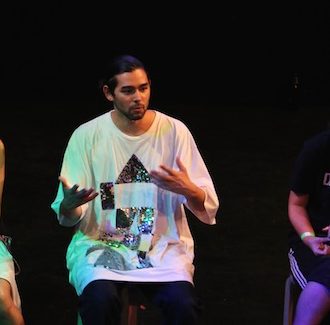 Adam Warburton with dancers Sean Cheng and Paulina Bocian, will perform “Our House“.
House dance is a dance style that was born out of New York in the 80s. The music originally came from Chicago. The term ‘House’ was an abbreviation of ‘Warehouse’, a venue in Chicago where a lot of this music was first played. ‘Our House’ is a performance about House dance and club culture. Welcome to ‘Our House’. 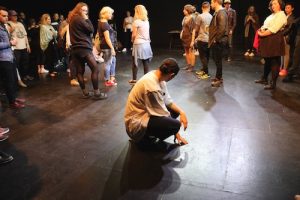 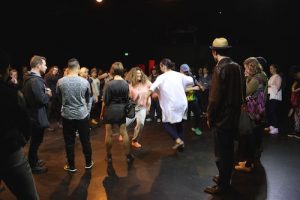 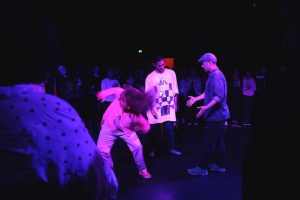 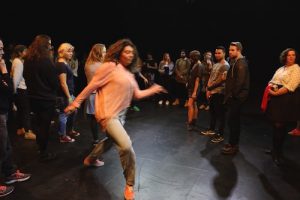 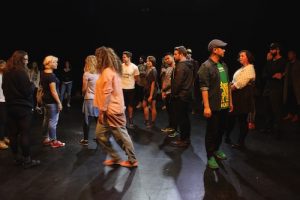 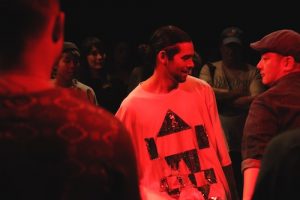 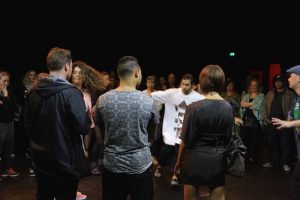 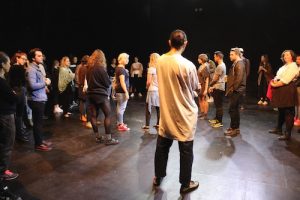 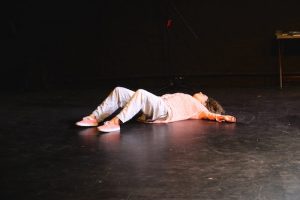 Adam Warburton is a dancer, choreographer and performance maker that uses his background in different street dance forms and his interests in somatics, Burmese culture, vocalisation and lighting to create interesting performance works that engage with audiences in different ways. He enjoys working with ideas about identity, connection and blurring the boundary that exists in dance between the audience and the performer.

Adam has created works for On the Cusp at Bondi Beach Pavillion Theatre, Squiggle Space Paddington and the Sydney Conservatorium of Music. He has also received residencies from Critical Path, Brand X, and Ausdance NSW.

Adam has also performed in other works and been influenced by these artists. He has been a translator in Tino Sehgal’s This is so Contemporary (Art Gallery of New South Wales, 2014), a performer in Xavier Le Roy’s Temporary Title (Carriage works, 2015) and a performer in Nicola Conibere’s Assembly as part of Sydney’s Biennale (Critical Path, 2016).