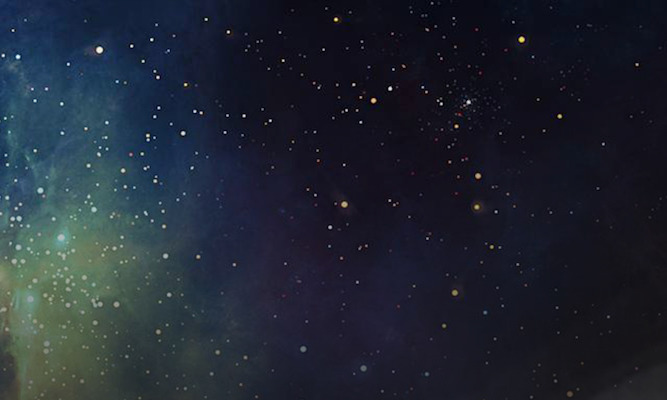 Emma: A few weeks ago, we went to see Matt Cornell’s The Big Bounce at PACT in Erskineville. There was a lot happening that night! Dance performances, workshops, a discussion panel, a BBQ, installations. What really struck me throughout the night, as a unifying theme, was the focus on connection and collaboration. It was a carefully constructed program that worked to foster a space in which a sensation of trust and community could emerge.

Aurora: There was a really strong sense of community, and I remember talking to you about it on the night. What is it that makes the Sydney dance community such a special, fecund space at this moment? We were two outsiders, in the sense that we both don’t have any background in dance, but both felt a warmth from this project that we were welcomed to witness and take part in.

Emma: Exactly! I instantly felt like I belonged there! I think a lot of that had to do with how the night was structured, beginning with Vanessa Marian’s Groove Therapy dance workshop that reminded the audience that they were not there just to watch, but to participate as well. Dance, and performance in general, reminds us that our bodies speak as well. Not just with words, but also with language of a more gestural, covert, intuitive variety. The whole night I was wondering ‘How am I going to write about this!’ But this model of ‘discussion’ fits very well with the ethos of the works that Matt commissioned and collated. I’m really glad that we’ve been able to connect in our reflection, and produce a collaborative response.

Aurora: I initially excused myself from writing anything, because I felt unqualified to say anything about dance—perhaps this stands. Given some of the points raised on the night about community, it seems appropriate that were able to write about the experiences we each had in a collaborative way.

Emma: Writing something individually would feel like a betrayal of what we got out of The Big Bounce. Language and the body have a particularly fraught inter-relational history; are words something that can only brush up against the meaning of gesture and embodiment, or is meaning encouraged to rise to the surface through discussion?

Aurora: I wouldn’t ever want to think of writing about the night’s performances as unpicking their inner meaning/s, because that would assume that dance is some parasitic form to some static meaning that belongs to the logic of language. I think, if anything, the night proves the opposite. In the words of novelist JM Coetzee: it’s another, other meaning.

Emma: Totally, I agree. There’s a tendency to over-intellectualise things like bodies, and dance, that maybe need to stay messy, or stay in some other realm of experience. Or stay accessible! Accessibility felt like a huge goal of the night. I think you and I, as writers, found our access-point in the panel – but for others, maybe it was the visual art hung around the space, or the dance party at the end, or even the BBQ!

Aurora: Yep, accessibility was definitely a big theme. We are often lead to believe that dance is something that a select group of people do, and that if you’re not in this group you pay to watch them do it. I think the night was successful in showing up this common perception as an impoverished idea. It actively expanded dance out of this corner by not only giving integrity to all the different types of dance that made up the night (for an audience, with friends, in a class environment), but by asking us to question the limited definition that dance is sometimes given.

Emma: There’s a Zadie Smith quote that I was thinking about a lot on the night – “Writing, like dancing, is one of the arts available to people who have nothing.” This frames dance as a political activity, a mode of social disruption, particularly on a class level. It’s also a nice way to bring writing and bodies into the same space (at last). This disruption of institutionalised class speaks to a lot of aspect of the night, not least of all because it took place at PACT which is a space that has been allowed to exist rent-free (thanks to a City Of Sydney grant, which helped fund the night as well) in an area where rent prices are astronomical and dangerously prohibitive to any not-for-profit pursuit. ‘Free’ is a good word here because it signals the joy of untrained movement, of feeling unrestricted, and unlimited. And it also speaks to the idea of something being ‘without cost’, that dance is an activity everyone can participate in. The kind of dancing we engaged with during The Big Bounce somehow moved beyond the transactional, beyond the give-and-take mentality of training and skill, of audience and performer, of individual and community.

Aurora: Yes, all that is needed for dance is space and bodies. But of course, both space and bodies are political—as they are social and material—and so are in need of a community to defend and nourish them; to sustain them.

Emma: Right! Matt said on his podcast on Wombat Radio (25/4/17), “industrialisation squashes the spaces and time required to get together and dance”. This gets to the heart of the issue; money, strict social structures, and institutional limitations are forces that get in the way of community, rather than foster it. How can we form a dance community that disrupts this, rather than succumbs to it?

Aurora: I think it might come back to what you said earlier about connection and collaboration. Within dance those two separate yet overlapping ideas are so resonant. Collaboration is evident in the relationship between an ensemble of dancers, or a choreographer and dancer/s, or the dancer/ s and an audience, but also, more broadly, in the individual working with (or collaborating with) their own body; working with their very materiality. I find this to be such a powerful idea because it’s an active resistance to what we are typically told to accept of a body. Perhaps not because we are doing anything particularly amazing with our body (like, for example, dancing with our friends, as opposed to watching those things Matt and co could do with their bodies at The Big Bounce), but because they are making a space to offer their bodies a deeper type of attention. An attention that we aren’t usually given the opportunity to engage in, in our day-to-day environment, in our established functions and habits. Maybe we could call this attention a connection, with ourselves, and the space, and each other. A new experience of ourselves. What an exciting (and sometimes, post-night-out, anxiety inducing) idea!

Emma: Definitely! And it always comes back to this idea of the ‘other’ – fear of judgement, of course – but also connection, and dependence. All the performances really relied on that dependent relationship between audience and performer, sort of pushing away the sense that one is the antithesis of the other.

Aurora: One thing which has stuck with me, which I haven’t really got my head around, but enjoyed, was when someone suggested the idea of dance as another (other) entity that you make work with, and that within their practice they were trying to “take that seriously, as a legitimate idea.”

Emma: That’s really interesting for thinking about how audience participation worked to sort of ‘make’ the material of the performances on the night. Two performances in particular spoke to this idea of breaking down the audience-performer dichotomy: Our House, by Adam Warburton, performed along with Sean Cheng and Paulina Bocian, and Predictable Dances by Angela Goh. For the first performance, the audience was asked to stand scattered throughout the space while the dancers moved between us in time (or not) to an unpredictable beat. I loved that the dance became the by-product of the audience’s choices – without the audience, the performance we witnessed simply could not have taken place.

Aurora: Angela Goh talks about her Predictable Dances as a project that “opens up a situation where the desires, needs, and expectations of both performer and audience are dismissed in the wake of a singular aim, for the dance to fulfil its own prophecy.” By hiring a ‘psychic’ to ‘predict’ what she is to perform, she playfully removes her aspirations for what the work could be from the equation. Through following instructions from an outsider she ruptures conventional notions of the role of the choreographer whilst her intentions for the work, in a conceptual sense, unfold; she is both dominant and submissive. The result of this power dynamic, played out through Goh, is mostly funny. Like, ‘excuse me while I obediently deliver the future to you.’

Emma: Goh’s performance was my favourite of the night, and also picked up on the idea of audience intervention as constituting – or in this case, predicting – the dance itself. Without the collaboration of the psychic, there is no dance. Goh’s dance took shape as a collage of moments (or styles, or scenes), but the highlight for me was when a short clip from a pop song was played on a loop, and her movements became saturated with irony: lots of gyrating, lots of hair flipping, complete with a hilariously deadpan stare at the audience. It was a ‘performance’ of performing. The table seemed to turn and I felt very aware of the ways in which I was ‘performing’ my role as a member of the audience. Which suddenly felt like a very silly thing to be doing. It made me think that dancing is a kind of resistance, and I definitely want to be doing more resisting. Do you think the night changed – or opened up – your relationship to dance?

Aurora: I remember doing this writing workshop once with a group of dancers, and we were asked to describe our relationship to dance using a noun. Someone (a fellow ‘non-dancer’ writer) said that to them dance was like a holiday paradise that you got to visit, but wasn’t your home. I think the Big Bounce really tried to let everyone know that it was their home, and they could do whatever they wanted there; that dance wasn’t about being ‘beautiful one day, perfect the next.’ And it was really successful in doing so. That being said, no matter how many times I hear encouraging professional dancers talk about how “exciting” or “interesting” untrained dancers are, I still can’t help but admire the finesse of what they do as very different than what I can do.

Emma: I can only dream of their level of finesse! But I totally agree; I felt at home there. On that note, the Our House performance suggested something special to me – the idea that you don’t have to be ‘moving’ in a literal sense to be participating – you just have to show up, and be in the space! Showing up is still getting involved, still saying something. We don’t have to transform overnight (or over a few drinks) into these wonderfully skilled dancers who are comfortable with and in control of their bodies in order to be dancers – there are other ways to approach it and still feel like a part of that amazing community. It was so good to step outside my comfort zone and feel supported, rather than like I was falling into an unknown territory. It was all about the delight of using the body to ‘say’ something, an everyday activity that we deskbound folk maybe give up too readily. It was a really successful and joyful night!